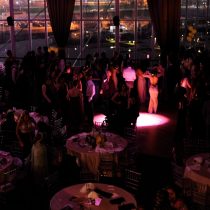 …and onto part 2 of the prom madness! Have you seen part 1 -THE SECRET REVEAL yet, and also the promposal? I think it was incredibly awesome to go to prom in a limo. It was so much fun! I never,... END_OF_DOCUMENT_TOKEN_TO_BE_REPLACED

What is “Life In Pictures”? Take as many pictures as you want throughout the week or day to recount the things you did avoiding as much text as possible. Your job is to guess what happened! For more info, click... END_OF_DOCUMENT_TOKEN_TO_BE_REPLACED

It all started at lunch. Suddenly, "Chariots of Fire" started playing over the PA system and I saw from around the corner of the hall a guy who was running in slow motion with a group of people behind him cheering in silence. I didn't recognize Daniel at first, but as he got closer I wondered what on earth he was doing. I figured it was some sort of flash mob advertisement for The 30 Hour Famine movement going on soon at our school a movement both myself, him, and a group of friends were participating in(it's a movement to raise awareness for hungry children) and for just a split second I thought it was odd for Daniel to have volunteered to make such a scene in public; he was the shy type of guy. Halfway through he grabbed fake pink flowers from a guy and everyone in the hall(who was in on the prank) took out their phones and I thought it was because they wanted to capture the weirdness happening while it was still happening. Streamers were thrown around in the hall and one of them landed on me. As The song came close to an end, Daniel awkwardly ripped open his shirt to reveal a white t-shirt with pink text: END_OF_DOCUMENT_TOKEN_TO_BE_REPLACED