All over the web it said it couldn’t be done.

Well, I certainly proved that wrong.

With my handy dandy electronic hand-held mixer, I blended ghee right in its giant tub and loved how it turned out! The golden colour turned lighter, fluffier, and more voluminous. It still has the slight grittiness as ghee does, only in a creamier consistency like butter has. I find that ghee whips really well, contrary to popular belief! 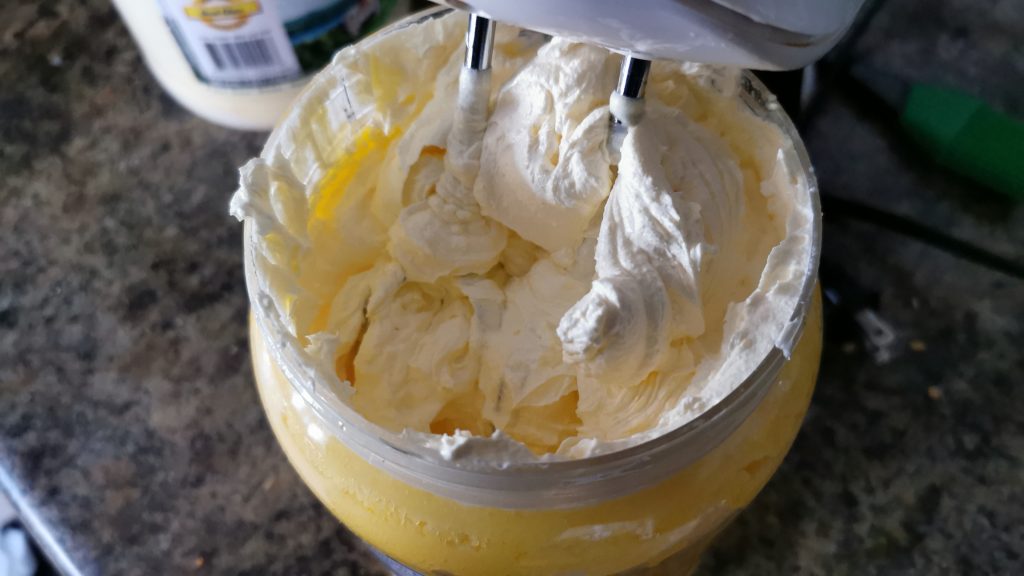 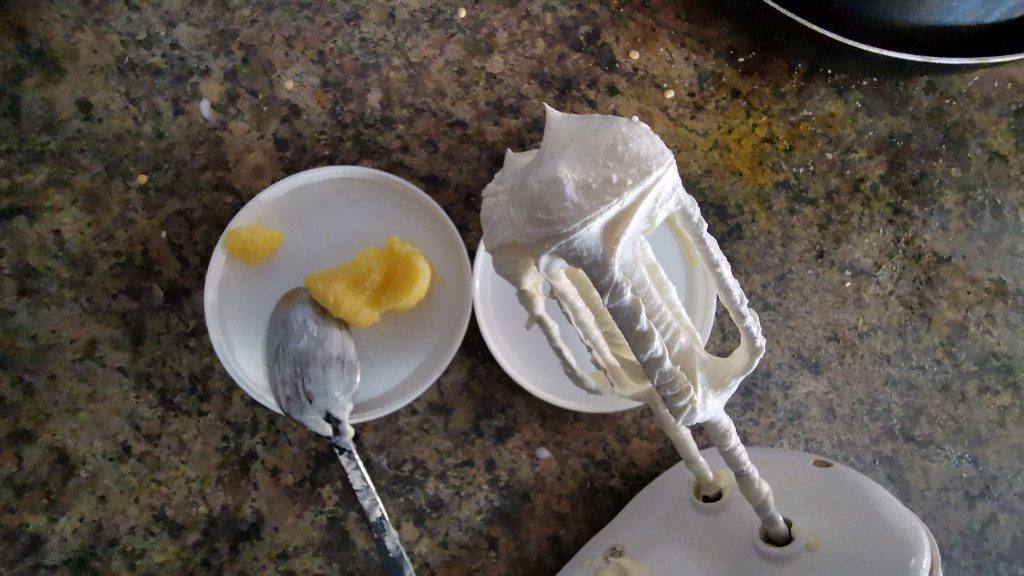 As you can see here, regular ghee is golden. When I whipped it, it turned lighter, whiter in colour and a lot more fluffier!

I also tried whipped coconut oil because, well, I already had my handheld mixer out and, why not?

When it comes to coconut oil, I actually found it harder to whip compared to ghee since it liquidizes even if its slightly above room temperature (which was surprisingly not the case with ghee, even though ghee consists mostly of monounsaturated fats which is more liquid than solid compared to saturated fats, which is what coconut oil is made of), so it kinda became a pancake-batter like consistency. 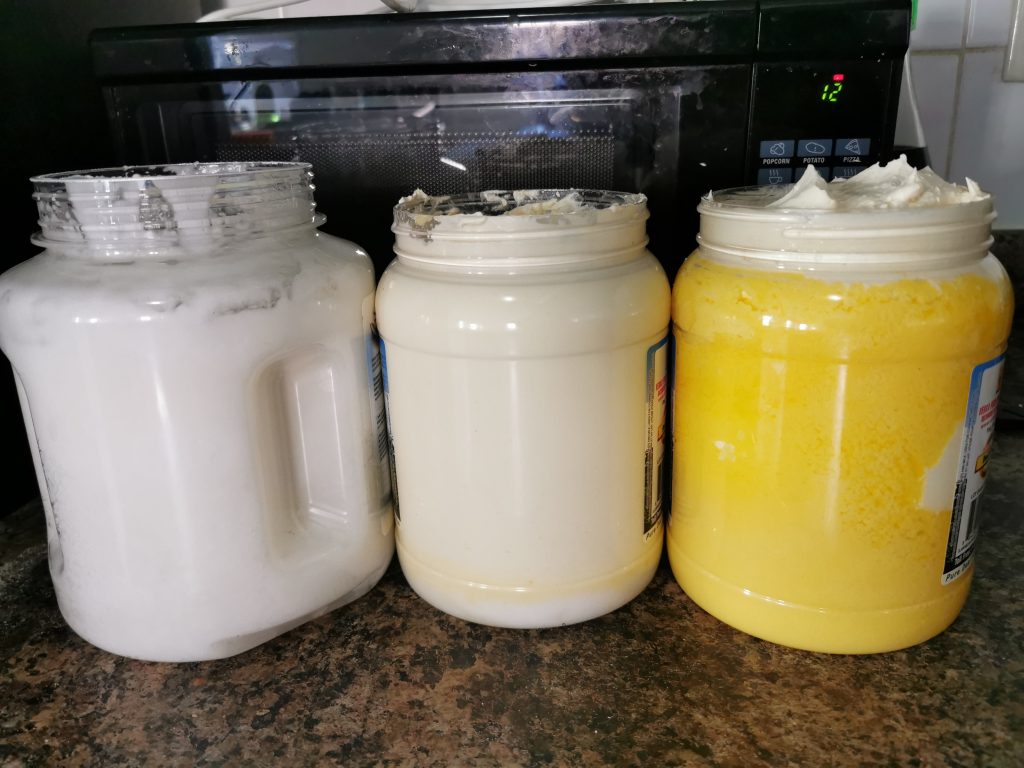 When I blended the two together, that’s where the magic came in! the consistency became more solid-like than the pancake batter, thanks to the properties of ghee, but still fluffy and soft like butter would be.

You needn’t a recipe for this; just grab ghee. And whip, whip, whip away. 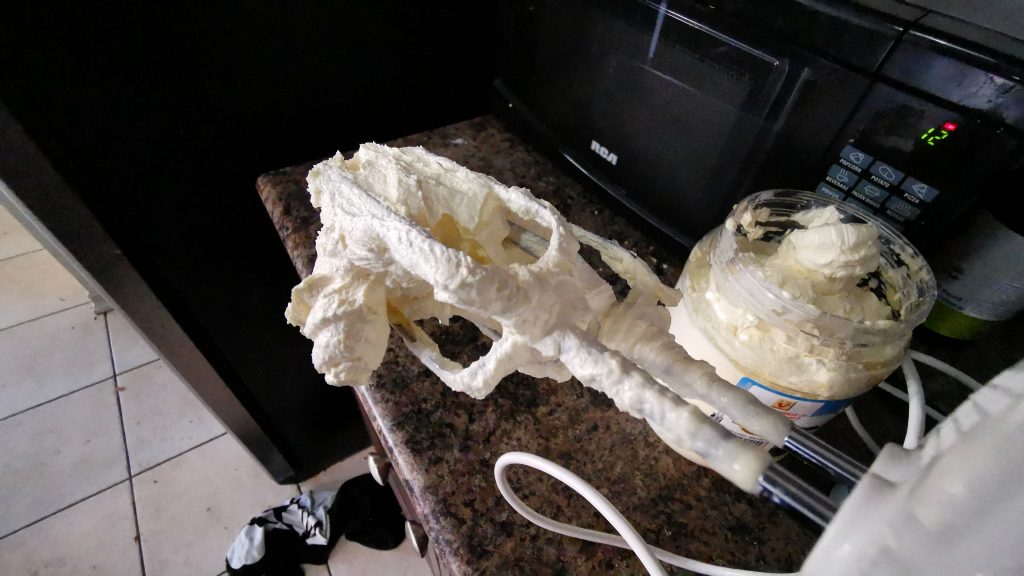 In the future, I’ll be combing it with whipped tallow (beef fat!). And by IT, I mean I’ll be trying tallow + ghee, and tallow + coconut oil. 🙂 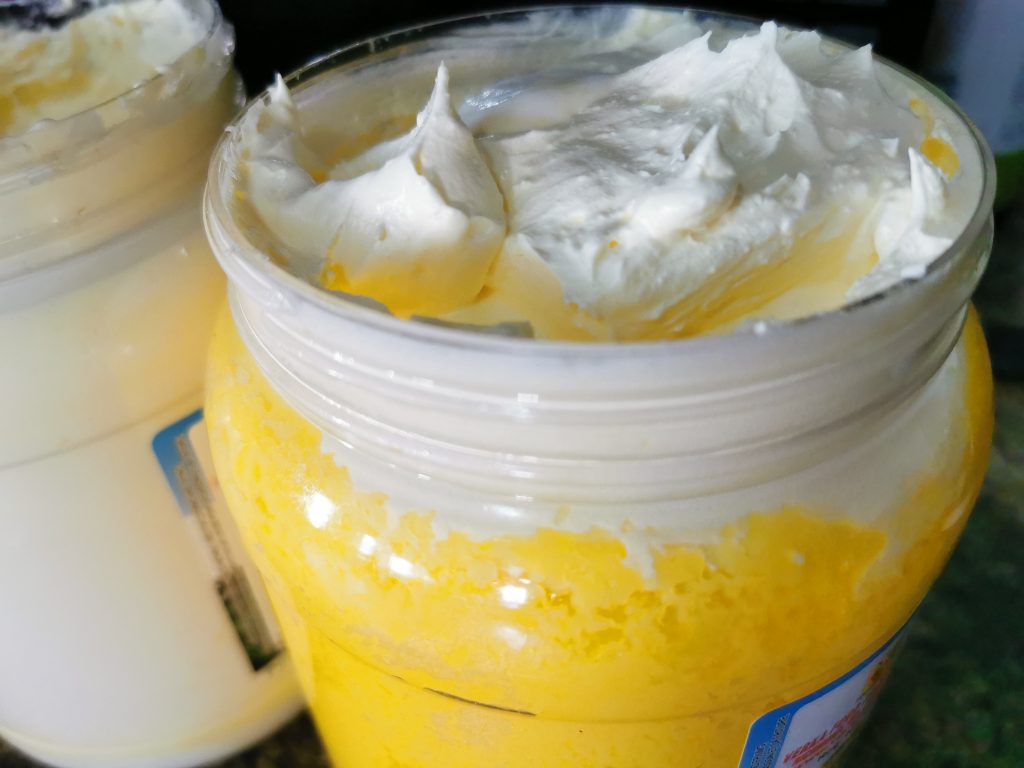 If you like experimenting with simple recipes, check out my recipe section! There, you’ll find the MOST SIMPLE recipes ever (I’m not a chef; I’m a practical girl. Heck, I even brought a raw package of bacon to school during my days as a student to chuck in the microwave and cook it for linner<–that’s lunch/dinner). See below! xD

I call it, KETO ON THE GO. Here’s what I ALWAYS have on the go as hand food.

So, I can’t wait to eat this with my meat. In my opinion, everything that’s whipped tastes better; it’s just like a giant floof of…a cloud…ahh……

Will you be trying anything whipped? Have you ever tried ghee?