How did I even get started with all of this? Fitness, working out, all that.

Ultimately, I was lonely. 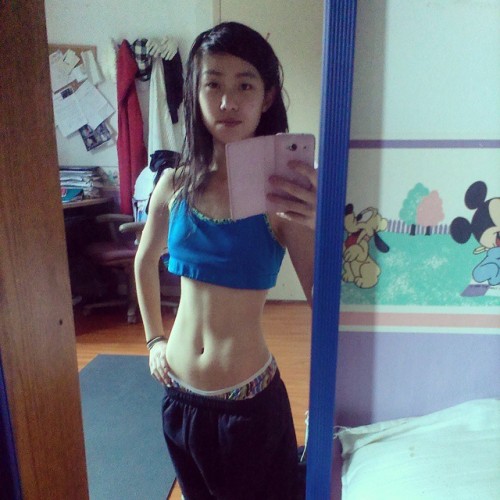 I remember one hot summer afternoon of grade 7; I didn’t have anything to do, lost myself on youtube and found Cassey Ho from Pop pilates. This “Total Body Bangin’ Workout” was the first video that I tried and I felt so elated and strong (and shaky!) after, I weirdly wanted to do it again and again. My obliques burned after just 8 reps–now I can do over 15! That was more than 10 years ago. 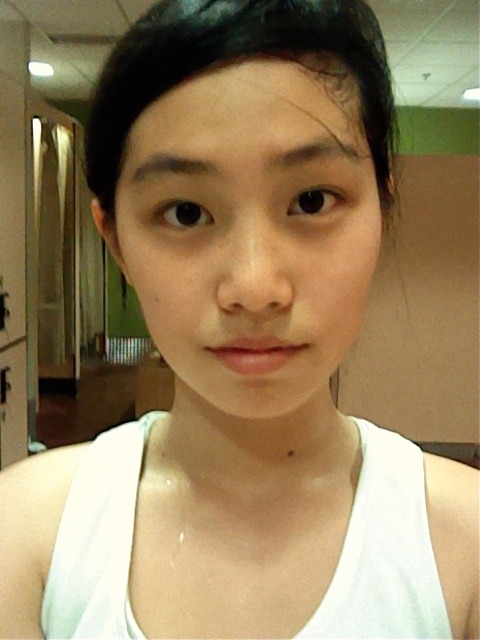 Skip ahead a few years: I took up fitness classes as a hobby in high school. They were originally offered for free for those on a sport team, but since I didn’t have the skills to be on a team sport (no hand eye coordination here), I joined the yoga classes on Friday mornings and SPA (Speed, Power, Agility–do not be fooled; this HIIT classes was no relaxing spaaahhhhhh date!) classes every Monday and Wednesday at lunch; I just did them regardless as a participant.

I didn’t feel very connected with my peers during lunch anyway, and often tagged far behind in their lunch groups, never knowing where they would sit and eat, always doing the scouting. It gave me a bit of anxiety each day knowing there was a strong possibility of being alone. I was thankful to have somewhere to be during those fitness days! I felt like I belonged. I felt strong. I felt like I had a purpose.

I became committed with the classes–WAY more committed than even the athletes that were on a sport team that had to do 2 of these classes per week mandatory as part of their training. Man, I think I could have done enough for two people xD In all honesty, no one on sport teams actually wanted to do the classes. They preferred the game of their sport way more than the physical aspect of getting in a workout.

The teacher who ran it quickly recognized me for my attendance and determination. I loved that while I sucked at being “in-the-crowd”, I rocked at burpees, push-ups, and sprints. 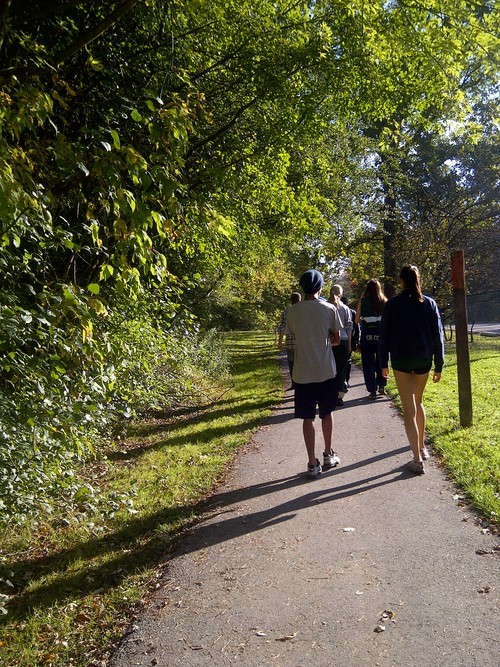 I joined cross country (you can see all of my cross country posts at the time here!), and thus really began my running career. I’ve never been SO TIRED from sprints in my life. I remember tumblring some of my workouts (like 4 x 400m…oh my gosh there was a time I thought I was going to pass out. I was definitely afraid of my coach!). At the most in my life, I ran 21k and 10k’s recreationally! I really, loved loved loved running. I can’t believe this was just…5 years ago. Wow, reading back on my running days and earlier days of fitness in general is SO eye opening. All of this was documented on my Tumblr (http://www.thefitty.tumblr.com) before I officially moved my blog to wordpress in grade 11, when I decided I wanted to get more serious about blogging. I remember a few of the weeks I would carb-load on pasta the night before to fuel for the morning workout. And the morning of of a cross country race, I’d bring with me an egg and slice of bread for energy. Those were the days before I went keto to help heal my hormones and mood. 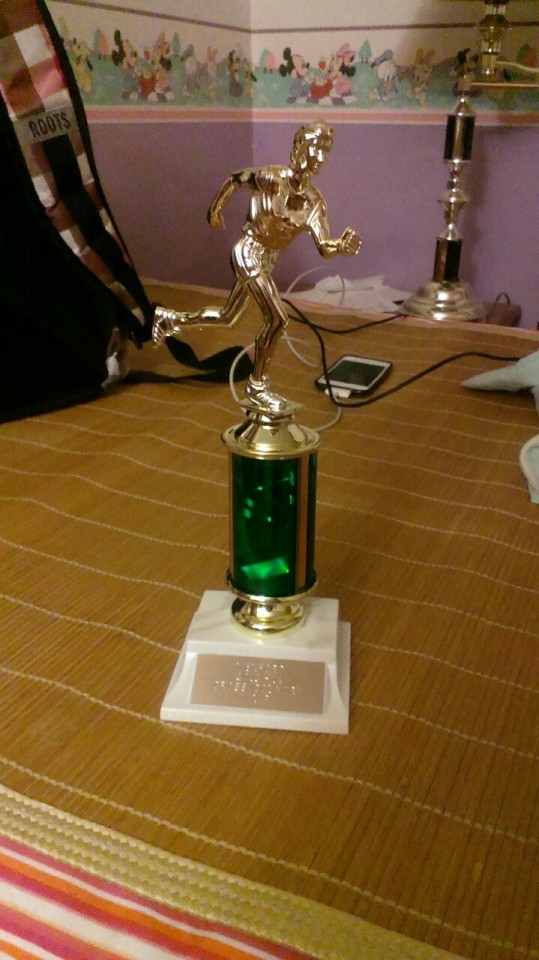 Mainly lots of running! I loved embracing the pavement especially in the fall and had some of my favorite routes down pat. I remembered certain routes required certain amounts of time to complete, so the really long ones I saved for a weekend when I didn’t have class and didn’t have work. I had some shorter ones I saved for days I had other commitments. It always took me a good 35 minutes-45 minutes for the runner’s high to start to kick in.

I was at a point where I was the most fit I’ve ever been in my life–other than some of my last two years of high school. I smashed a HIIT workout 4-5 days a week for 30-45 minutes, ran for 45 minutes, and did a little bit of stretching or light cardio in the afternoon. I study acting, so we were constantly on our feet. Some days I felt tired but most of the time I felt pretty darn strong and confident in my abilities. I had abs that liked to play hide and seek, I was under a lot of pressure to perform well (literally–I mean that’s my major), and I always felt elated coming back from the outdoors after a run. I felt energy buzzing through the rest of the day until it wore off sometime in the afternoon, which is when I move my lymph system again by getting up to walk or take a break outside instead of inside. That’s another thing–besides being acting first thing in the morning, I mainly stayed indoors at a studio, which is where our classes are held as an acting major.

One of those 2015/2016 summers I got bored of my own routine and tried Kayla Itsine’s BBG program! I did number 1 and 2 and wrote a review on it which remains to be one of the most popular posts today.

I was on a true gym kick. I would lift weights 3-4 times a week in the afternoon for 40-60 minutes. My favourite exercises would be using the barbell for deadlifts, lunges, squats, hip thrusts, and chest presses. Near the end of 2018 the gym upgraded and got some stair masters, so I would always end with 10 minutes of that to burn out the glutes and flush out the lactic acid gained from the lifting. Sometimes I’d join the bootcamp and quickly became friends with the instructors, so much so I lead some stretches and demos and was known as “that girl” (the fit one that seems to be on top of all the moves, was jogging in between sets while everyone lay on the floor breathless).

I did loads and loads of yoga. This ranged anywhere from 60-120 minutes in one day, usually done in the afternoon between 5pm-8:30pm. Then I would jump on the bus and head to my favourite coffee shop located inside a bookstore where I would browse my heart out. This was during a time I didn’t have work (in fact I was feeling pretty down on myself; I wanted the days to be as short as possible so I didn’t have to feel the discomfort of not doing anything. I was newly graduated, jobless, and lost. Ideally, I’d wake up as late as possible, like around 10am). This was a form of self-care that gave me something to do and something to focus on at a time of grieving and finding myself. I gave myself lots of grounding during this time. I’ve never been so yogically atheltic in my entire life at this stage of my life.

Peek a boo, I see you. Nothing *profoundly spiritual* to say today–just that this is a throwback photo to a photoshoot in the summer and now I'm really digging the Hygge vibes of winter. Its SO BEAUTIFULLY SNOWY OUTSIDE! I'm grateful for nonwindy, slightly chilly but warm weather with snowflakes. What are you grateful for? Photo: @makelevi

I’ve found 3 part time jobs, 2 of which are customer service positions at a store/cafe and one is a casual supervisor position with elementary school kids (where do these kids get all their energy from?! Forget caffeine!) My priorities have changed. My strength has decreased and my stamina for running as well as my speed have decreased. I don’t sprint anymore, I occasionally lift weights at the gym, and I don’t attend any group fitness classes simply because I am prioritizing other areas of growth in my life. I’m working more, hosting book clubs, meeting individuals, looking for video editors, blogging, journaling, engaging in self-development courses, continuing to be a student of LIFE now that my chapter of a student at an academic institution is over. I’m evolving.

Fitness is still a priority in my mornings. I make sure to get in some sort of movement 45-60 minutes at least, and then 45-75 minutes of stretching/yoga at night. Ir grounds me, and brings me so much high vibes to serve others for the rest of the day.

Guess who's 22? Taytay tells me this is a blessed year. 😙

There is a season for everything. And this season, is major mindset evolving and friendship-making.

Honestly, I’m so excited for what 2020 will bring for me.

And who knows? I 100% believe there will be a point in my life where athletic performance rises to the top once again when I feel it is right in my life. When prosperity in other areas of my circle of life have caught up. That might be before I become a millionaire, or after I travel, or somewhere in between. I leave that up to the universe and I to co-create.

Leaving my athletic identity as “the super fit runner” or “that bendy yoga chick” was hard. Still can be hard to swallow as I look back to the days I was more fit, more defined abs, etc etc, but also what cannot be seen in the photos is emotional growth. Mindset resiliency. Ultimately, the body will achieve what the mind believes. This new transformation I’m going through will amplify my future fitness endeavors (or any endeavors for that matter). It’ll give me the option of coming back stronger than ever, more athletic than ever, flexible than ever, more defined/shredded than ever.

Oh, and one more thing hit me–I’m so darn happy that I documented my evolution. Sometime I want to go back to my old tumblr and read all the trainings I had, the fitness regimes, and emotional highs and lows, the crushes I had, the laughs I had, the photos, and friendships I did share in high school. <3

And someday I want to look back on THIS POST, cry and smile out of pure appreciation for the beautiful, amazing human being I was then, am now, and will be. <3

Do you ever look back on your previous diaries and reflect on how much you’ve evolved? What was your fitness journey like, and how did you start? Share in the comments below!