Halloween is over, that means…

I START PLAYING CHRISTMAS MUSIC FOR THE NEXT YEAR AS EARLY AS THE DAY RIGHT AFTER CHRISTMAS. (364 Days early). Yes, I’m totally, utterly, notoriously, obnoxiously obsessed with Christmas.

And if I had my own property and all the riches, I’d be decorating my house with stockings and blasting carols with a boombox set up on my chimney next to a flashing sign that points down the chimney saying, “ENTER HERE”.

I also would leave a balut egg instead of cookies for Santa. 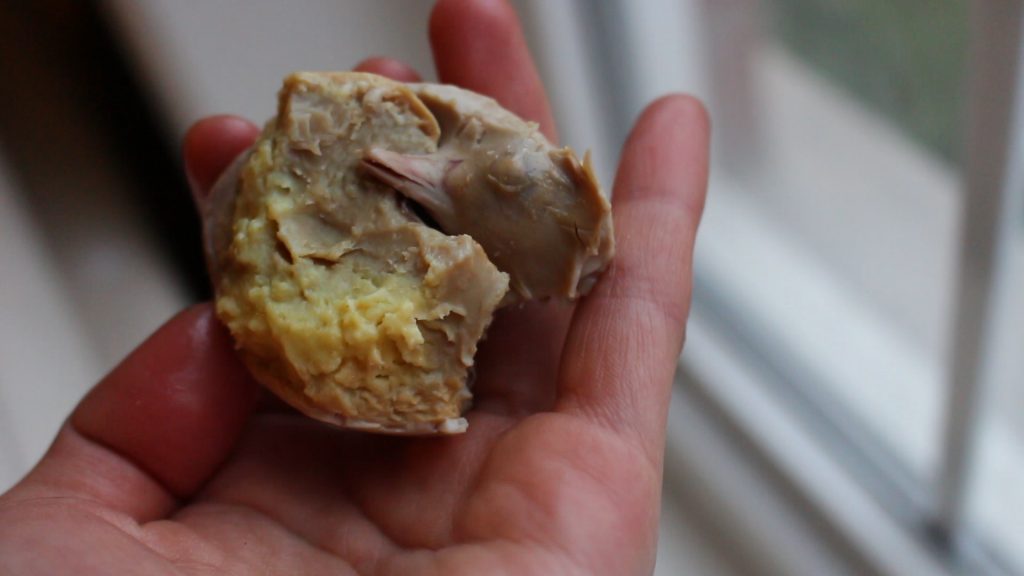 Yes, I’ve tried it, and it’s my favourite egg of all time.

So, what’s been happening recently in terms of school? Ya’ll know I study acting. Each time I’ve told someone, I’ve been met with the response, “that’s so cool!”

As I’ve mentioned previously, as part of my assignment in school, it’s imperative that we keep a journal for certain classes documenting our discoveries and reflect on ourselves of our emotions, habits, patterns, and thoughts. Throughout the year, we are expected to hand them in periodically to our teachers, and here’s the one I handed in just a few weeks ago.

Since then, followups are handed in every few weeks documenting the discoveries we make about ourselves, problems/setbacks, and then followup actions (of course, to solve the problems). As you can see–lots of reflection and introspection! To act, one must become familiar with themselves.

To be very honest, I didn’t do any of the followup actions. Life got too busy and I also completely forgot about them–I had other tasks to prioritize, like the show I performed in! 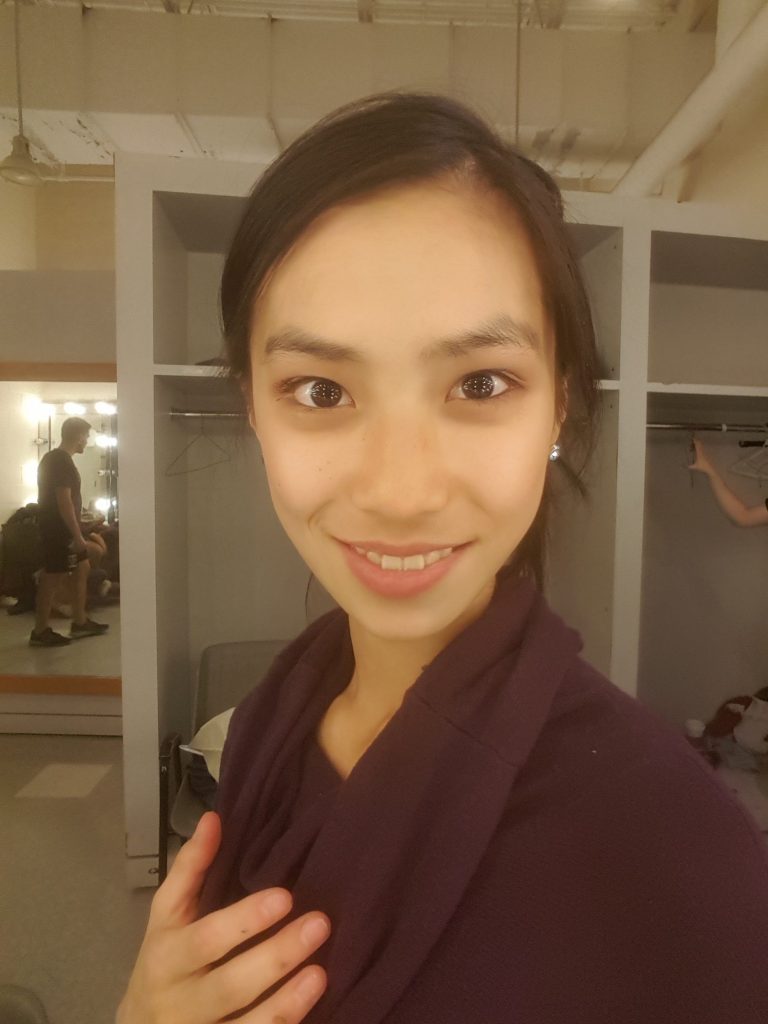 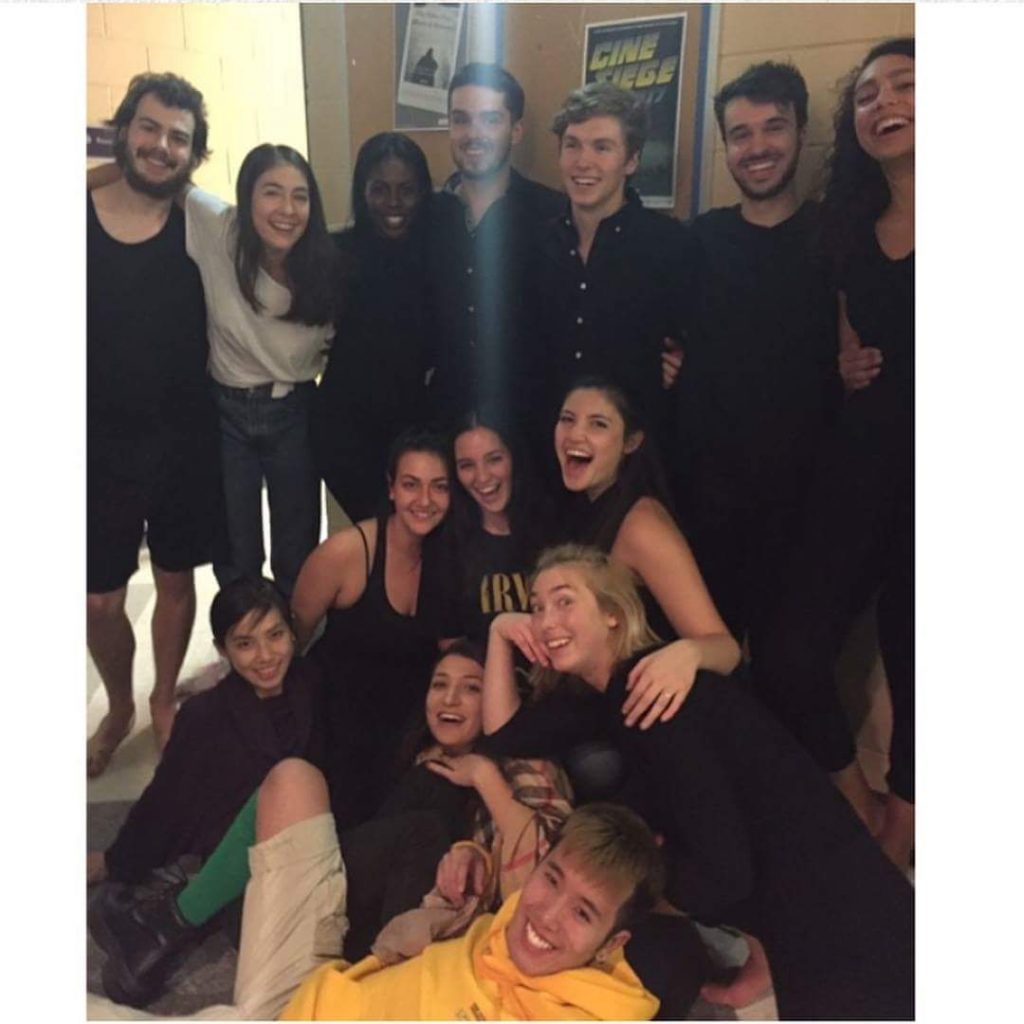 We had a blast.

And it was so dramatic backstage (more details on that another day).

And I would honestly share my second progress report, but my prof hasn’t marked that one yet so I’m not going to publicize it.

CAN I HAS SOMEONE TO GUSH WITH PLEASE?

Keeping up with my fitness and food. It was so challenging during this time because I had rehearsals Mondays-Fridays 6-10pm, Saturdays 10-6pm, and then classes on top of that and work; but I still made a huge effort to keeping myself in balance. I found that the routine has been incredibly helpful in grounding myself during crazy, hectic times:

Salmon salad..nom. SALADS ARE NOT SEASONAL. IT IS NEVER TOO COLD OUTSIDE FOR A SALAD. OKAY? How will you #eatforabs today?

And fall is just so perfect for running. I’m in love.

Sometimes, just sometimes, the OCD part of me wants to just complete the hour or distance because settling in on a 0.8 or 0.9 or 0.6 is just too unsatisfying, so I push myself just a little further to make it to that next digit. It seems complete. If any other fitties relate, join the wonderful competitive weirdo club 😁😎 ^^:) • •• ••• What's holding you back from your fullest, most joyful, potential? Lacking motivation? Let's have a chat–you can gain all of this with me! Email me: ✔PERSONAL TRAINING/LIFESTYLE COACHING: thefittyblog@gmail.com✔ ❤Do this for you.❤ • •• ••• #fitnessjourney #igfit #livethefitlife #youagainstyourself #ocd #youcantfakefitness #motivation #weightlosssupport #staystrong #sweatlikeapigtolooklikeabeauty #fitnessmotivation #bikinibody #absaremadeinthekitchen #mindovermatter #dontbediscouraged #pushyourself #bodyunderconstruction #sweatlikeapigtolooklikeafox #getslim #getlean #bingeeatingwarrior #noregrets #BEDrecovery #fitchick #nevergiveup #workoutwarrior #sweatlikeapig #mojo #norestdays

Does anyone else get a little tiny bit OCD with their watch?

What things do you get a little OCD about? Have you watched Stranger Things? How do you like your eggs cooked? What’s the last live show you attended? Do you run in the fall? Answer me in one word! (<–Shakespeare As You Like It Joke)