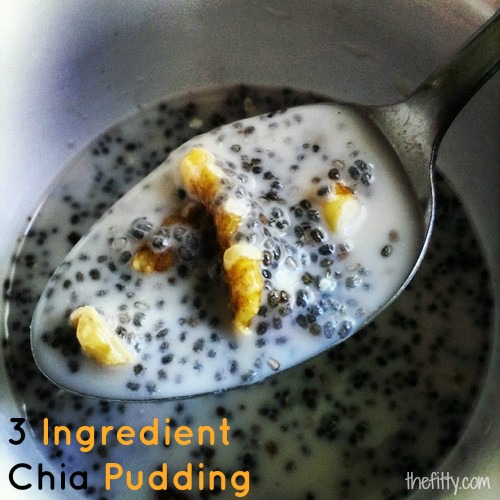 To me, nothing’s good as cold foods in summer. I have a weak stomach, so sometimes drinking cold water makes me get a bad stomach ache. The same goes for ice cream, not that I would have any of that unless I made it myself. So I have to stick with moderately cold foods, and one them being PUDDING!

But I’m so done with regular sugar free pudding mixes. They’re just not paleo, so I made my own using just three ingredients. Take a look. 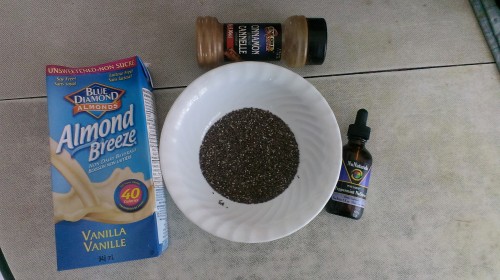 All the ingredients you need

Yes, I know that is four, but cinnamon is totally optional. I added it in just for kicks. The one in the picture about is one I added walnuts in. Feel free to dress the pudding  up as much as you like, adding in nuts or nut butters. Remember when I made Chia pudding before? When chia seeds are soaked in liquid, they swell and become sort of ~slimy chewy~. It’s not gross! It’s actually soft and cute and yummy. You can also toast them, which I haven’t tried and don’t know what that tastes like. Chia is my favourite new food right now.

Pairing this with some avocados and lettuce, I made it my lunch:

What do YOU do with Chia?