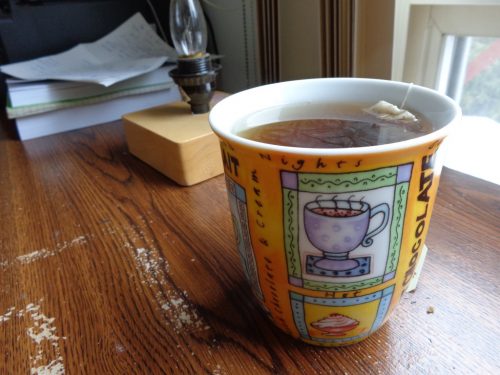 Actually, I prefer tea over coffee.

I like it with cream or almond milk and a hint of stevia, and if I can’t have that then nothing in it at all.

Sorry, it’s my first date(ever!) and I’m already starting to sound a little b**chy high maintenance. Maybe you’ve seen this “Virtual Coffee Date” thing circulating the web from other brilliant bloggers. Well, I so loved the idea that I had to steal it. Basically, I write about all the things I would sure as hell tell ya if we were sitting in a coffee shop and catching up on each others’ lives.

If we were having coffee together…

I also would tell you that I’m making an effort to sleep before 9:30pm, or at latest 10pm because those are the most important hours of shut eye. I’ve seen somewhere that sleeping around 9-10pm, every hour of sleep is equivalent to three hours and between 11pm-3am is the most crucial time for sleep because that’s when your body grows and repairs itself. Each hour slept between 4-6am is equivalent to 15 minutes. So…sleep early!

I would tell you that I attempted Ashtanga yoga this week and just didn’t have the patience for it. I held the poses as the instructor counted the seconds ticking by…it just bored me. I need to do some more research on what exactly the sequencing for ashtanga is. I’m so used to Vinyasa because it’s so much more movement–it’s like a dance of dynamic postures woven into one. 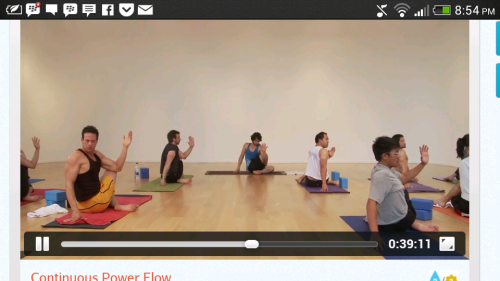 A hard vinyasa class with Dice.

I would tell you that this week I am making a goal. Or three. I have been naught in terms of my eating habits. So this week I vow:

I would tell you that I found Avocado oil at my local Costco! I wanted to purchase it but my parents said a firm no and even seemed annoyed that I asked. In my opinion, avocado oil is one of the best oils because it is a great monounsaturated fat source–the best fat of all! I wonder if this oil has a distinct avocado taste. I’m also on the lookout for macadamia oil but it’s rare to find such exotic items in Canada. 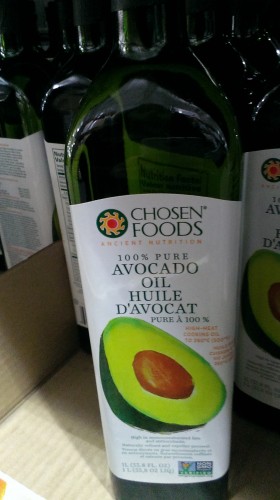 Avocado oil! What a huge bottle…

I would tell you I had the weirdest, but coolest dream last night:

All I remember is that we were at an event, some sort of meet and greet event even though we all already knew each other. I specifically remember Dimitri was there. For some reason I was fond of his attitude and nature. His presence was different. We did icebreakers and had stick-on name tags of someone you have been paired with, but you have to guess who. Everyone walked around and mingled softly and I don’t remember if I was paired with Dimitri or one of my other comrades. I just remember feeling cool and collected and that I was popular, like my presence resonated within the small crowd of people too.

Skip ahead. We were on a mission. Although I don’t remember what the mission specifically was, I do remember we were on some sort of submarine/black train(the old fashion kind) and that there were these…sharks. These monstrous sharks that attacked the center engine of the ship, and we were to keep them under control. Every so often they would jump and attack the boat from below with their snout and it would cause the entire ship to go red, as if under emergency state. I remember my heart pounding as I watched them attack. At this rate I knew the boat will be going down very soon. I don’t know why, but our commander was dead serious when she said at that moment(in no accent),  “This ain’t no Japanese horror movie. This is Korean. This is serious.”

Suddenly the submarine turned into a railroad train. We went steam full ahead on night-black tracks. Danger lurked outside the windows. A movie director shows up for this one really quick part of my dream and told us our team was to put one hand on the glass window and look horrified as a 9 year old boy runs and jumps off the plank on the floor above us carelessly. And we did. I actually felt horrified as he plunged into the deep, dangerous depths with the monstrous sharks below.

Dimitri and I worked the train to keep it moving as fast as possible. We had a different commander now. I dont think I saw her face, but she had blonde short hair.

The train could leap over track of different levels and all of a sudden I was straddling the train.

Okay, but…it was an awesome dream because I remember most of it and it left me with a feeling when I woke up.

So that ends our first date. You probably ran off because you think I’m the weirdest person ever. Or maybe you think I’m pretty darn awesome and request a second one. Would you date me again?

Alright, your turn. What’s been happening? Have you had any strange dreams? Any questions for me?