This past Christmas and New Year’s I spent in Vernon BC, the body image breakthrough and all. Wow, has it ever been an amazing time with you. All of you.

I am used to spending Christmas alone. I’m not close with family and while I have the ability to make a lot of friends, I have none I could say I share a deep bond with. I’ve spent many years crying alone on holidays. I’ve finally moved past that state of sadness to a state of neutrality. I don’t think about it.

So past year, I was fully prepared to spend the day alone again on December 25, 2022.

Well, to my surprise, a few days before Christmas I was invited out to Vernon, BC (a suburb of Kelowna, which is a 5 hour drive from Vancouver) by some very gracious friends. They wanted to see me! And by some equally gracious opportunity, everything was taken care of, from the commute, to the accommodation, to food. Thank you, Universe.

Wow, I can’t believe I manifested this! I longed to get out of Toronto. And, the opportunity came.

I have always felt stuck when it came to manifesting growth in certain areas; but somehow I have been able to manifest other wonderful things in life, like this. The delight (and fear!) in my heart when I got this invitation! As a projector in human design, I act best from invitation. When I am invited, I manifest things quickly, and people and places fall into place accordingly. This was an invitation to travel. I said yes immediately.

Oh, I’m going to be alone this year.

So I flew out 4 days later to Kelowna where I was going to take a taxi to reach my friends in Vernon.

It was a flight disaster. After hours of agony on the plane, feeling like I was either going to pass out from fatigue or stab someone in the eye. Two strangers asked if I was okay, and I could not bring myself to say yes.

I waited patiently in line as the tired stewardess looked into providing alternatives for my missed flight due to the tardiness of the previous flight. I arrived at 12am PST on Christmas day (as opposed to 4pm on Christmas Eve. This was 3am my biological clock time, since I was coming from EST).

The entire taxi ride there, I tried to hold back my sniffles. We drove in total since and I kept gasping for air like a fish out of the water in between tears. I silently paid, and got out of the taxi and opened the door to the basement. My friend was asleep but left instructions for my arrival. The side door was left open and I descended the stairs. I felt absolutely delirious at this point.

Immediately, I was greeted with a sight of hygge couture. Her floor looked like a sanctuary–the artificial fireplace was ablaze, bed neat and tidy, candle lit as if patiently greeting me. I fell into the warm embrace of a blanket laying on the bed. I was massively pooped, so pleased with this oasis, and a completely driven to emotional insanity at this point.

Off to bed I went.

The next day I felt sleep deprived upon waking, but so excited to unite with my friends upstairs. And so the celebration began. Merry Christmas.

Then, 9 days passed, and all too quickly. I met so many of her friends. One of the days we visited Melakwa for 2 nights in celebration of the opening of a restaurant named Boar’s Nest in an alternative community.

I was taught a way of being that I didn’t know before, but felt so right. The vibes were:

I kept asking myself, “What did I do to ever deserve this?” The people here were intentional, thoughtful, and put desire over what was the “scrappy choice”. I got a taste of their abundant way of living. That… was truly refreshing. They did what they what they desired, and that was that. No looking back.

On New Year’s Day, I had a body image breakdown.

That same day, we also planned to go the hot springs. It was my very first time. I felt self-conscious of my body image as I put on a red, one-piece bathing suit because I was bloating so badly I didn’t fit snugly into the two-piece I was lent. I felt puffy and it felt tight. I didn’t look like those naturally thin, petite Asian girls. Heck, I didn’t even look like myself 2 years ago when I was at my leanest.

Up until that point, I was already dreading the trip. It wasn’t that this event in particular was the demise of my self-esteem; it was the years of binge eating, dieting, and self-flagellation leading up to this moment. I have built an identity around the shape of my body for the past 12 years of my life. I didn’t know who I was if I didn’t have that control over my body and its image. If I didn’t break down that morning, I would have very soon.

When I exited the hotel room that morning, T could see that I was in distress. I tried to not say anything and make a beeline to checkout, but he asked, “Are you okay?”

And I couldn’t bring myself to say yes.

He gave me a hug and I teared up. All the worms I didn’t want to face came rushing up to the surface and I choked on my breath.

“I just want to stop hating myself.” I sobbed.

We drove and chatted a little bit. I didn’t tell him everything, but he gathered my sorrow was around body image. He insisted that I rethink going to the bathing house with the others if it was causing me such anxiety.

I wanted to spend time with the others.

I didn’t want to be alone spiraling-out with my own thoughts. I did that all my life in Toronto and drove me crazy.

I didn’t want body image to hold me back from living life.

I didn’t want negative thoughts to interrupt me living life, bathing suit or not. I would’ve felt disgusted with myself either way that day, and it was up to me if I wanted to be with the friends I flew out specifically to commemorate with, or be alone and have them go without me. I wasn’t going to ask them to stay back from what they wanted to do most.

“I guess I’m battling between whether or not I ought to do the thing despite the intense self-loathing, or to say, ‘that’s enough for today.'” I said, meekly.

Still, he insisted that I consider my emotional capacity. I was processing a lot that day, and I shouldn’t push myself over the edge. That option of opting out really sat with me.

He gave me permission to call it quits. Logically I knew I could, but emotionally I felt safer, hearing it out loud.

That meant a lot to me.

When we arrived at the clubhouse, my other friends J and D were really supportive of the entire thing.

“I don’t know what beauty is beyond what I learnt among my classmates, and what I see in media and television.”

“Tell-lie-vision.” D corrected, rubbing my back. He has a thing with linguistics. He was so supportive.

I did end up going to the bathhouse after all, and having a good time. I pushed the thoughts away, showed up in the bloat, and discomfort, and immediately hit the cold tub. It was 8C and was FREEZING. but as soon as I stopped moving, I started to feel numb. And surprisingly, euphorically, calm. I stayed in the first round for 9 minutes.

That was something I’ve always wanted to do; a cold plunge. I can definitely say that I started the year with doing hard things.

Eventually, the storm passed. I remain.

Looking back, I hit a rock bottom with my body image those two days. It was like the universe/God/source was burning up my ego’s need to look a certain way in order to feel okay with myself. It was a clutch. It was an illusion that I needed up wake up out of. It was a long, overdue transformation I was too scared to let go of, and so I kept holding on.

This is the year I fully rise from the ashes of that fire like a Phoenix, bigger, brighter and more radiant than ever.

This is the year I desire to radically destroy, incremate, and burn up every belief in the illusion that I need to manipulate my outer appearance (read: mainly to be skinny) to be beautiful.

I’m determined to heal this once and for all.

I’m not coming back in my next life to do this again.

On New Year’s, I was luckily in a supportive environment. Lots of hugs, lots of healing. Now I’m on my own in Toronto.

Everything can change in a year. I wonder what I’ll be thinking at this very moment, 365 days from now. 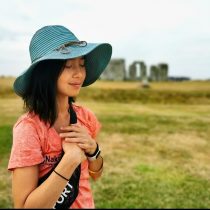 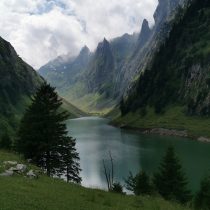 Back in May 2022, I traveled in Switzerland for a good 3 months. In the last 2 months, I did many hikes in Alpstein, near the Appenzell area. Perhaps you’ve heard of it? With so many trails and mountains and... END_OF_DOCUMENT_TOKEN_TO_BE_REPLACED 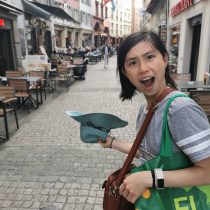 How THE HELL was I able to afford traveling Switzerland, one of the most expensive countries in the world?! Trust me when I say I lived frruuuugggaaalllll for most of my life, even when I moved out from my parents’... END_OF_DOCUMENT_TOKEN_TO_BE_REPLACED 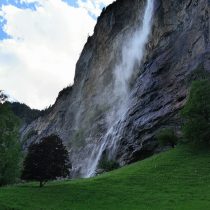 How do you even know where to begin? I’ll tell you, and I’ll share with you my itinerary of where I went to visit for the best places to visit in Switzerland. From this: View this post on Instagram A... END_OF_DOCUMENT_TOKEN_TO_BE_REPLACED 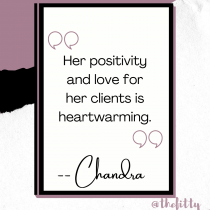 Over the years, I’ve compiled a collection of success stories and testimonials from clients and followers and friends that have witnessed my work and benefitted them. Some, I offered free life coaching, some are yoga students, some are friends that... END_OF_DOCUMENT_TOKEN_TO_BE_REPLACED 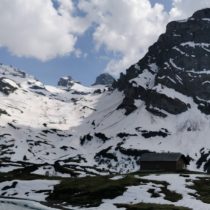 My time in Switzerland is coming to a close; I’ve been here for just under 90 days and the recaps are still rolling out; it’s hard to keep up with them on all my platforms (this blog, youtube, facebook, instagram,... END_OF_DOCUMENT_TOKEN_TO_BE_REPLACED 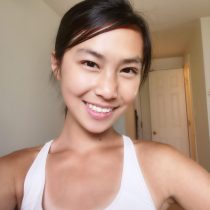 I remember when my highschool cross country coach told me to join track. I remember my eyes widening, and me going, “Nooooooo. No way.” I wasn’t a sprinter. I wasn’t even a middle distance-er. I just like jogging and enjoying... END_OF_DOCUMENT_TOKEN_TO_BE_REPLACED 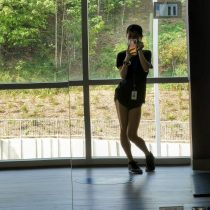 **this is a post that was created and not published back in Novemeber 2021)** A glimpse into my head lately…starting with this: My landlord is an a**hole. WTF? He’s always been SO RUDE to me, never timely, never reliable. Okay,... END_OF_DOCUMENT_TOKEN_TO_BE_REPLACED
« Older posts